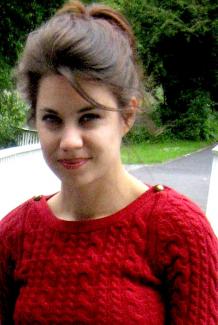 I started work at the University of Exeter in 2015. Before that I taught at the University of Reading, where I completed my PhD, and began to develop curricula on the relationship between activism and performance. I also worked as a lecturer at Kingston University London, and as a learning mentor at a pupil referral unit in Slough.

Work and housing precarity, street protest, and trade union organising were formative experiences that drove my research at that time. My PhD sought to reclaim the political value of dramatic art by identifying effective practice, paying special attention to theatre made by activists and trade unions in Britain since the 1960s. I also collaborated with Reading Trades Council to develop an experimental anti-cuts play that analysed the impact of privatisation and austerity measures on our community.

These experiences continue to underpin my work. I have given papers on a wide range of issues concerned with performance as political activism at international conferences and public events. My recent publications re-evaluate the role of agitprop theatre as an important organising tool and analyse a recurrence of socialist and communist imagery in contemporary political movements. My script commemorating the centenary of the Huntley and Palmers’ 1916 Women’s Strike was performed by women from the GMB and UCU unions in 2016, and later that year my work with Banner Theatre, Reel News, Townsend Productions and the General Federation of Trade Unions came to fruition in the first of a series of events to build links between artists and the trade union movement. I am currently developing this strand of activity through a programme of international workshops and a publicly accessible database of performative approaches to grassroots activism. Meanwhile, teaching Activism and Performance, a module I created in 2016, enables me to examine in depth, with my students, protest and other activist tactics as they evolve around the world, through the lens of performance.

I am a fellow of the Higher Education Academy/Advance HE and a member of the University's Centre for Social Mobility and Underrepresented Students Working Group. My Postgraduate Certificate in Academic Practice focused on centralising widening participation into universities, social inclusion policy, and developing a social justice model that would implement ongoing support for students from disadvantaged backgrounds beyond their entrance into university. I have served as a trustee and advisor for Future’s Venture Radical Independent Arts Fund since 2016, and I am an adjunct faculty member of the National Institute of Advanced Studies in Bangalore. I am an active member of the Centre for Performance Histories and Cultures at the University of Exeter and the Political Performances Working Group of the International Federation of Theatre Research. I especially welcome PhD proposals from anyone interested in theatre and the labour movement and other intersections of performance, politics, and social justice, as well as brodening access to the arts and education.

·       Contemporary performance and representations of class

Between 2013-2017 I worked with the General Federation of Trade Unions, Banner Theatre, Reel News and Townsend Productions on events to build links between radical artists and trade unions. We facilitated discussions between event participants on what's changed over the years for artists and trade unionists, and what's needed now to address current campaigning/organising needs. As well as offering a space for networking, the events also provided space for their creative collaboration. Our launch event was held in December 2016 in Bedford, and the next event over 3 days in Autumn 2017 in Exeter.

I am developing an impact case study to document that work: 'The art of trade unions: building an arts network for labour movement activists in the 21st century'. The work is also discussed in the following article: 'Rebuilding culture in the labour movement: collaborations for the future and celebrations of the past', and more deeply in a forthcoming chapter for a Festschrift remembering Professor Joyce Canaan: 'Art for the labour movement and everyday acts of political culture'.

I am in the process of developing this strand of activity through a programme of workshops and a publicly accessible database of performative approaches to grassroots activism with practitioners working in Brazil, India, and across the UK.

I am open to discussing research proposals on any relevant subject given my research expertise. I am especially happy to consider working with candidates with interests in the fields of performance and activism, theatre and the labour movement, applied and agitprop theatre, and those interested in research through practice.

If you are intrested in working with me please send me a 500 word outline of your proposed research topic and a copy of your CV.

The Liberating Arts (2017) national research symposium and arts festival organised with Banner Theatre, Reel News, Townsend Productions and the General Federation of Trade Unions at the University of Exeter.

The Art of Trade Unions (2016) research and arts event organised with Banner Theatre, Reel News, Townsend Productions and the GFTU at The Place Theatre, Bedford.

Sketches for the Centenary Picnic of the 1916 Huntley & Palmers’ Women’s Strike (2016) produced with Reading Trades Council and performed by members of the GMB and UCU unions, King's Road Gardens, Reading.

The Pact (2011), a site-sensitive, mixed media performance on local impacts of the privatisation of public services, devised with In Good Company and members of the local community in The Coopers Arms, Reading. In collaboration Jelly Arts, Reading Save Our Services, The Ruby Kid and MisCreation. Funded by the AHRC; the South East Regional Trades Union Council (SERTUC) Young Members’ Network; SERTUC; Reading Trades Union Council; Unite; The Industrial Workers of the World.

‘Rebuilding culture in the labour movement: collaborations for the future and celebrations of the past’, Culture Matters, November 2017.


‘Building power in community: on community theatre and activism’ - a talk for the RSA event Power to Create: Exploring the Value of Creative Community and part of Exeter Art Week, Exeter Library, 2017.


‘Speaking to the power of political art’, a talk at The World Transformed, Labour Party Conference, The Black-E, Liverpool 2016.

Theatre in the Community

Sketches for the Centenary Picnic of the 1916 Huntley & Palmers’ Women’s Strike, written for a public celebration hosted by Reading Trade Union Council and performed as an open air performance in the King's Gardens by GMB and UCU Union members, Reading 2016. https://www.bbc.co.uk/news/uk-england-berkshire-36692861

Facilitator at CoLab’s ‘Resilient Women Summit’, project launch for women in the criminal justice system in collaboration with the Ministry of Justice, Exeter 2017.

‘The art of trade unions: building an arts network for labour movement activists in the 21st century’.


In 2019 I was invited to form a new cultural partnership tackling homelessness in Exeter with Colab, Exeter Phoenix, the Bike Shed/Boat Shed, and University of Exeter Medical School and Impact Innovation and Business.

My work as a lecturer, activist, and theatre-maker intersect. I use my practical experience and research to guide students in making original work at university and in broader community contexts, while students influence my research through discussion and practical collaboration. In 2016 I created a module for second year students called Activism and Performance, which considers creative dimensions of political organisation and protest around the world historically, and as they continue to emerge. I am looking to deveop this module as an MA pathway.

I explore with students how critical thinking and collaborative methods developed on their degree pathways can be applied to question  social and political frameworks, and create them anew. I encourage self-reflexive participation and awareness of issues of justice, power, and our personal, scholarly and artistic connection with them. I am interested in critical pedagogical approaches including peer learning and support, and in student wellbeing, and broadening access to higher education. I am a fellow of the Higher Education Academy/Advance HE and member of the University's Centre for Social Mobility. My Masters in Education focused on centralising widening participation ito universities, national and local policies towards social inclusion, and developing a social justice model to provide ongoing support for students from disadvantaged backgrounds beyond their entrance into university.

Prior to working at Exeter I taught in the Department of Film, Theatre & Television at the University of Reading and Kingston University, and worked as a learning mentor at Haybrook College pupil referral unit in Slough. Since taking up my post at Exeter I have been nominated for teaching awards in 2017, 2018, 2019 and twice in 2020.

As well as teaching on the courses listed below, I have also taught on the MA Research Project Development and Performance Practice Project modules.