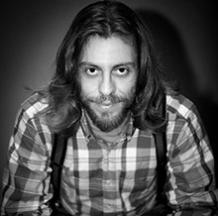 I am an actor, director, musician and researcher with a primary interest in voice. Since 2007, my research has focused on the cultural politics of voice pedagogy, a critique of universalist, logocentric and essentialist approaches to voice, and the development of methodologies for vocal praxis, for practising and understanding voice as emergent, processual, generative and disruptive.

I have co-founded and edit the Journal of Interdisciplinary Voice Studies and the Routledge Voice Studies book series. In 2015, I co-edited Voice Studies: Critical Approaches to Process, Performance and Experience (Routledge), a book that has been described as ‘a much-anticipated and highly useful collection of essays … enriching our understanding of vocal expression and the possibilities that a burgeoning field of voice studies has to offer’ (Twentieth-Century Music, Cambridge Journals). In 2017, I completed Theatre & Voice (Palgrave Macmillan/Springer 2017), whichs has been reviewed as marshalling 'a near encyclopaedic knowledge of artistic practice and history' (Journal of Contemporary Drama in English), and in 2019, I co-edited a volume on Time and Performer Training (Routledge 2019).  Since 2018, my research on voice revolves around the notion of 'listening back' and specifically methodologies of vocal autobiography (autobiophony) and retrieving voices considered irrevocably lost (vocal archaeology).

Alongside voice, my main research interests are performer training, sound-based theatres, movement for actors and site-specific performance. For my academic work, I was shortlisted for the Early Career Researcher Prize of the Theatre and Performance Research Association (TaPRA) in 2019 and the Excellence in Editing Award for the Association for Theatre in Higher Education (ATHE) in 2020.

From 2013 to 2016, I was one of the convenors of the Performer Training Working Group at TaPRA and since 2018, I co-convene the Sound, Voice and Music Working Group.

I have worked as an actor, director, choreographer and musician in Greece, Poland, Germany, the UK and the US. Recent positions have included: Head of Movement for Opera in Sapce (London; ACE-funded), Associate Artist of Experience Vocal Dance Company (NYC & London) and core member of Waving not Drowning (Grotowski Institute, Poland & London). I am the Artistic Director of Adrift Performance Makers.

•   Performer training in the 20th and 21st centuries, with an emphasis on Grotowskian and post-Grotowskian practices

•   International theatre, with an emphasis on Greece, Poland and South Korea

Alongside Ben Macpherson (University of Portsmouth) and Amanda Smallbone (University of Winchester), I am the joint founder and convenor of the Centre for Interdisciplinary Voice Studies, a cross-institutional initiative designed to foster the development of voice studies as an interdisciplinary and international field. Alongside a series of publications, since 2013, the Centre has hosted a variety of events, such as a symposium on ‘The Philosophy and Praxis of Voice,’ the 2014 TaPRA interim event ‘The Voice of Training,’ and workshops with invited practitioners (including Royal Shakespeare Company Head of Voice & Text Lyn Darnley).

In 2016-17, I collaborated with Virginie Magnat (University of British Columbia) on the special issue Voicing Belonging: traditional Singing in a Globalized World. As an outcome of this collaboration, I co-organised the joint UBC/Exeter symposium 'Culture, Creativity & Wellbeing' (University of Exeter, 2018). The project developed into the Cluster of Research Excellence in Culture, Creativity, Health and Well-being (2019-2021), funded by a UBC Eminence Grant and the Wellcome Centre.

I am interested in hearing from students exploring the intersections of voice, sound and performance studies and in supervising work in any area related to my research interests. If you wish to discuss a potential doctoral project, feel free to contact me via email (k.thomaidis@exeter.ac.uk), attaching a short (400-500 words) proposal and a CV. I am equally interested in thesis-focused and practice-based projects.

In the past, I have supervised a practice-as-research PhD on anti-logocentric somatic training for actors (Royal Central School of Speech and Drama, University of London) and examined PhDs on actor training for contemporary opera singers (Portsmouth), sacred performance (Exeter), the use of the microphone in classical singing (Newcastle, Australia) and inclusive breathing pedagogies for Shakespeare (South Wales).

I am currently first supervisor for:

I have facilitated successful applications of current PhDs to the Sir Richard Stapley Educational Trust and the David Cawthra Memorial Fund.

I have contributed to more than 40 professional productions, from text-based theatre and opera to site-specific dance and sound installations.

A selection related to my research interests and publications:

2017-20, Actor/Director, A Voice Is. A Voice Has. A Voice Does., Adrift Performance Makers, Norwegian Theatre Academy, University of Portsmoutha and Exeter Drama (ongoing tour).

2007/08, Physical Theatre, Performer and Co-devisor, A Gaze that Scours the Landscape, Dir. Libby Worth, UK tour and International Festival of Debrecen, Romania.

You can read about Chi Chi Bunichi in The Londnonist, Dido and Aeneas in The Guardian and A Younger Theatre and Hansel and Gretel in TimeOut. I gave several intereviews (in Greek) on my MD work for The Events, including The Huffington Post and Athinorama.

Founding co-convenor of the Centre of Interdisciplinary Voice Studies, 2013-present

Founding co-convenor of the Sound, Voice and Music Working Group at TaPRA, 2018-2020

Member of the first iteration of the Nordic Network of Vocal Performance Research, 2016-present

Member of the research team for the Cluster of Research Excellence in Culture, Creativity, Health and Well-being, 2019-present

Since 2017, I have taught in the following modules:

Since 2020, I convene the MA Theatre Practice.

I obtained an Integrated MA in Drama & Theatre (Distinction) from the Aristotle University of Thessaloniki, Greece. As part of the 5-year, full-time programme, I followed the Acting Pathway and trained with leading actors and directors in Ancient Greek theatre, Method acting, Stanislavski-based acting, acting for film, folk storytelling, physical theatre and speech training for Greek drama. I then received a MA in Physical Theatre and Performance (Distinction) from Royal Holloway University of London, where I trained in the methodologies of Gardzienice, Feldenkrais and Anna Halprin. At Royal Holloway, I also completed my Ph.D. thesis on the intersections of voice and body in intercultural pedagogies of singing, supervised by Ali Hodge, David Williams and David Wiles.

I have presented my research at IFTR, ATHE, TaPRA, Song Stage Screen, and other international conferences. Between 2013 and 2016, I convened the Performer Training Working Group at TaPRA, alongside Mark Evans and Libby Worth, and from 2016 to 2019, I currently sat at the Executive Committee of TaPRA as the Working Group Coordinator. In 2018, I co-founded the Sound, Voice & Music Working Group of the association and co-convened it until 2020 with Adrian Curtin and Leah Broad.

I have co-founded the Centre for Interdisciplinary Voice Studies, the Journal of Interdisciplinary Voice Studies and the Routledge Voice Studies book series. My research has received various awards and grants by the A. Onassis Foundation, the Leventis Foundation and the Greek Scientific Society. For my body of work in establishing interdisciplinary voice studies, I was shortlisted for the TaPRA Early Career Research Prize (2019) and, for the Special Issue 'What is New in Voice Training?', I received the Honorable Mention for Excellence in Editing Award by ATHE (2020). My teaching has been nominated in the categories of Excellent Feedback (2014, Portsmouth) and Innovation (2018, Exeter).

As a practitioner, I have been involved in more than 40 performances, including: Dido and Aeneas, Hansel and Gretel, Stabat Mater, Liederkreis and Semele for Opera in Space (choreographer, director & performer; national and international tours; twice funded by the ACE), The Present of Things Past, Whilst this Machine Floats and Ophelia, Interrupted for Waving not Drowning (performer; various venues in London and The Grotowski Institute, Poland), Return and Lied und Tanz for Experience Vocal Dance (performer and assistant choreographer; London and 92Y, NYC), Chi Chi Bunichi (performer; national and international tour; funded by ACE), The Finger Project (dancer; The Place, London), and Phil Minton's Feral Choir (Barbican and Tate Britain, London). In Greece, I have collaborated with the Greek Festival, the Greek National Opera, Opera of Thessaloniki, Peiramatiki Skini of 'Techni', Theatro Technis Karolos Koun and 8 Regional Theatres across the country. I am the Artistic Director of Adrift Performance Makers.