Drama performances, events and seminars are shown on this page. Please remember that coursework performances may not appear until a week before the performance, so please check back regularly.

Following Your Passion: Acting for Stage and Screen 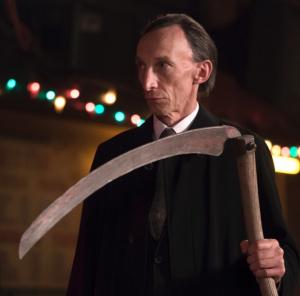 A conversation with Screen and Stage star Julian Richings

Julian Richings has had an astonishing career working across stage, film and television. An alum of the first graduating class of the Drama Department, Julian has embodied the contemporary actor's conundrum of a working life that traverses the sacred and the profane. From his early days collaborating with the UK's best-known Grotowski-inspired theatre company to his role as Death in the television series Supernatural, Julian maintains his artistic passion in a wide variety of performative projects.

In this special evening, Julian hopes to share some of his personal experience to inspire and illuminate the next generation of theatre and film makers.The conversation will cover a range of topics including how the Drama degree continues to impact his acting and career choices, what it means to be a 'character actor', the differences and similarities in acting on stage or screen, why Grotowski, Artaud and Brook remain relevant, how to keep your artistic core when working commercially, and why fan conventions are a playful performance form in their own right.

There will also be ample time for questions from the audience.

Bio: Julian Richings is a Toronto-based actor who has performed on stage across Europe and North America. He has received two of Toronto's acclaimed Dora Awards for his theatre work and has appeared in more than 50 films, including Man of Steel, X Men 3, and Hard Core Logo, as well as 20 television series. Perhaps best known for playing Death in Supernatural, Julian has recently starred in Amazon's critically acclaimed series, Patriot, and the Netflix series The Umbrella Academy.

The Fools Are Back & Everywhere 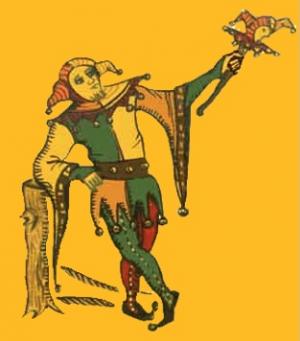 Michael Chekhov, the famous Russian actor & drama teacher deemed eurythmy essential for his approach to actor training. Eurythmy is a movement-based discipline aiming at expressing dramatic speech and soul moods through gestures. If you are interested to learn about Chekhov's acting approach and eurythmy, come and join us for regular workshops applying these techniques towards a devised performance about jesters to be presented at the end of the year.

We will begin with three taster sessions on Thursday 6, 13 and 20 October, at 6 pm in TS 5. To reserve a place, or to find out more information, please email Mioara at mt674@exeter.ac.uk